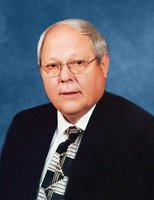 Sidney Clarence Granger, 72 of Blountstown, passed away Monday, November 16, 2020 in Gainesville. Sidney was born in Clarksville, Florida, June 17, 1948 to the late Pridgeon G. Granger and Etta B. (Skipper) Granger. Sidney attended Auburn University with a double major in Business Education and Business Administration, and also served his country during the Vietnam era in the United States Army. Sidney started working in his early years at Strawn & Son Variety Shop which lead to his love of woodworking and cabinetry. He began teaching cabinet making at Blountstown High School where he taught 1989 – 2015. Sidney also enjoyed coaching. He influenced many through coaching football, basketball and baseball in Altha and Blountstown schools as well as taking a hands-on roll with little league baseball where he coached for many years. Sidney also had a passion for hunting with friends locally as well as a special hunting lease in Alabama. He was also member of Altha First Baptist Church. Other than his parents he was preceded in death by his brother Thomas Lafayette Granger and his sister Edna Pearl Chason. Survivors include his wife Marie Ann Granger of Blountstown; his daughter, Susan Carylee Bailey and her husband Chris of Blountstown; his son, Stephen Gregory Granger and his wife Deneen of Blountstown; his brothers, Charles Wayne Granger of Slidell, Louisiana and James Harold Granger of Weatherford, Texas; twelve grandchildren, three great grandchildren and a host of nieces, nephews and other extended family.