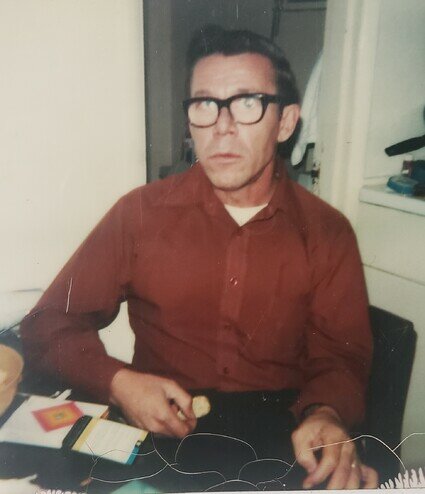 Please share a memory of Russell to include in a keepsake book for family and friends.
View Tribute Book
Russell Alan Peterson, 87 of Blountstown passed away Monday, September 6, 2021, in Blountstown. Russell was born October 14, 1933, in Altha, Florida, to Dan Peterson and Vida Stevens. Russell was a comptroller in the United States Air Force. Russell is preceded in death by his brothers Horace Peterson, Morris Peterson and a daughter Nadine Adams. Survivors include his wife of 68 years Virginia Peterson of Blountstown; his sons, Russell Peterson Jr of Blountstown, Wayne Peterson and his wife Christie of Alaska; his daughters, Margaret Kahn of Tallahassee and Betty Davis of Altha; twelve grandchildren, 21 Great grandchildren and 10 Great Great grandchildren. Services to honor and to celebrate Russell’s life will be held 2:00 p.m. Sunday, September 12, 2021 at Adams Funeral Home Chapel with Reverend Kevin Yoder officiating. Adams Funeral Home is in charge of the arrangements. Online condolences may also be made at adamsfh.com 850-674-5449
To send flowers to the family or plant a tree in memory of Russell Peterson, please visit Tribute Store
Sunday
12
September

Look inside to read what others have shared
Family and friends are coming together online to create a special keepsake. Every memory left on the online obituary will be automatically included in this book.
View Tribute Book
Share A Memory
Send Flowers
Plant a Tree