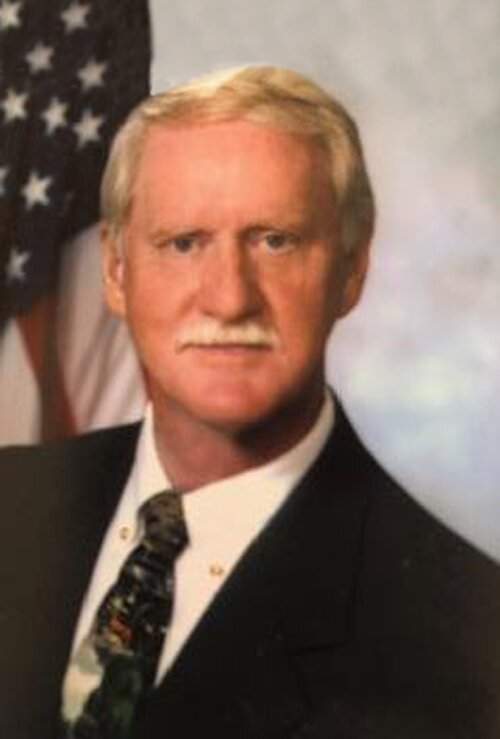 Please share a memory of Cecil to include in a keepsake book for family and friends.
View Tribute Book
Cecil “C.J.” McEntire, age 74, of Niceville, Florida passed away on September 23, 2021. He was born June 29, 1947, in Jasper, Georgia. He lived there as a young boy until the family made the move to Waverly, Florida. He graduated from Lake Wales High School and then attended the University of Florida where he received a Bachelor of Science degree in Electrical Engineering. He later earned a Master of Business Degree (MBA). He also had the distinguished honor of attending the National War College at the Pentagon in Washington D.C. C.J. had a lifelong career of 41 years as an Electrical Engineer with Civil Service at Eglin Air Force Base. After retiring in 2012, he’s been a volunteer with the Niceville-Valparaiso Kiwanis and was currently serving as Commissioner for the East Niceville Fire District. He is predeceased by his parents, Cecil and Wylene McEntire and sister Evelyn Jackson. C.J. is survived by his loving wife of 45 years, Pat McEntire and his sister Ann Parker. Two daughters: Kim Brewer and husband Chip and Carla Edwards and husband Richie. Five grandchildren: Mandy Ross, Amber Brewer, Tara Garmon, Kayla Edwards, and Trent Edwards. And eight great grandchildren: Madden, Ben, Jane, Jude, Nora, Davis, Maybree, and Dede. They were the joy of his life! C.J. was a passionate Florida Gator fan! He was also an avid outdoorsman with a specific love for deer hunting. But his biggest joy in life was being a devoted husband, father, grandfather, and great grandfather. He always made the time for his family; being at ball practices and games, chorus concerts, and cheer or dance competitions! A celebration of his life will be held on Monday, September 27 at 2:00 P.M. at Heritage Gardens Funeral Home in Niceville, Florida; interment will follow. Adams Funeral Home in Blountstown is in charge of the arrangements. Online condolences may be made at adamsfh.com 850-674-5449
To send flowers to the family or plant a tree in memory of Cecil McEntire, please visit Tribute Store
Monday
27
September

Look inside to read what others have shared
Family and friends are coming together online to create a special keepsake. Every memory left on the online obituary will be automatically included in this book.
View Tribute Book
Share Your Memory of
Cecil
Upload Your Memory View All Memories
Be the first to upload a memory!
Share A Memory
Send Flowers
Plant a Tree