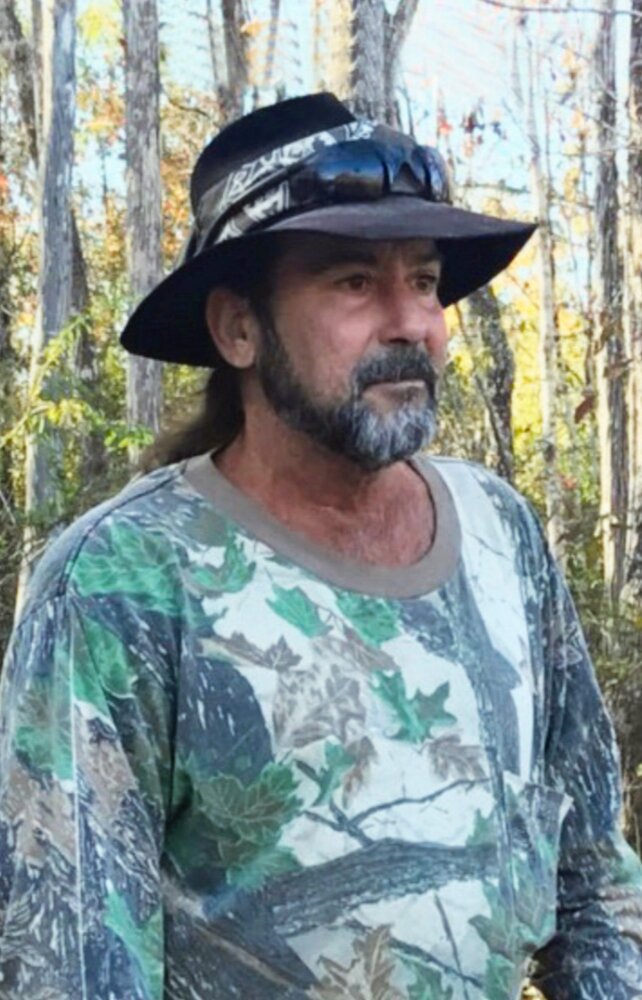 Please share a memory of John to include in a keepsake book for family and friends.
View Tribute Book
Clifton John Horton, 58 of Hosford, passed Monday, November 1, 2021, surrounded by his loving wife Denise, sister Teresa and sister-in-law Freda at the Margaret Z Dozier Hospice House in Tallahassee. John was born August 13, 1963, in Chattahoochee to his mother Carol F. Blocker and John Taylor “J.T.” Horton who preceded in in death. Also preceding him in death, his maternal grandmother, Mamie K. Strickland, maternal grandfather, James Pickney Sanders, paternal grandmother, Gladys Wood Horton, paternal grandfather, Charles Horton; a brothers-in-law, Hilton Williams and Jesse Welch; two sisters in laws, Charmane Edwards and her husband David and Frentilla Hill. His is survived by his loving, devoted and faithful wife of five years, Denise Williams Horton; two sons who he loved as his own, Rex Aaron Veasey, Jr. and Randy Andrey Veasey and his wife Dorothy; three grandchildren, Kensley, Rex, Aaron and Brenden; two sisters, Cindy Welch and Teresa A. Horton.; five brother in laws, Walter Hand, Timothy Williams, Jr. and his wife Melanie, Titus Williams, Charlie Mac Hill, Jr. and three sister in laws, Freda Gray and her husband Tony and Terri Williams along with a host of nieces and nephews. John as he was called in his later years was a welder by trade and dubbed the “Iron Dr.” for his master ability to fabricate and weld with a steady hand along with a talent for mirror welding. John was very conscientious and took great pride in his work and where he worked. In his spare time John enjoyed riding his UTV with the love of his life Denise where they enjoyed each other’s company and beautiful landscape of the Telogia Creek where he was baptized by his good friend and spiritual mentor Darreyl Duggar. John had a green thumb when it came to his plants and garden. He loved to plant seeds and watch them mature. John also had a passion for drawing; a talent most people never knew he possessed but for the ones of us that got to see and own his works, cherished the beauty he put on paper. A time of visitation will be held 10:00 a.m. Friday, November 5, 2021, at Corinth Baptist Church, 15816 Moore St. Hosford, Florida followed by services to celebrate John’s life at 11:00 a.m. Interment will follow in Williamsburg Cemetery in Wewahitchka, Florida. Adams Funeral Home is in charge of the arrangements. Online condolences may be made at adamsfh.com 850-674-5449
To send flowers to the family or plant a tree in memory of John Horton, please visit Tribute Store
Friday
5
November

Look inside to read what others have shared
Family and friends are coming together online to create a special keepsake. Every memory left on the online obituary will be automatically included in this book.
View Tribute Book
Share Your Memory of
John
Upload Your Memory View All Memories
Be the first to upload a memory!
Share A Memory
Send Flowers
Plant a Tree