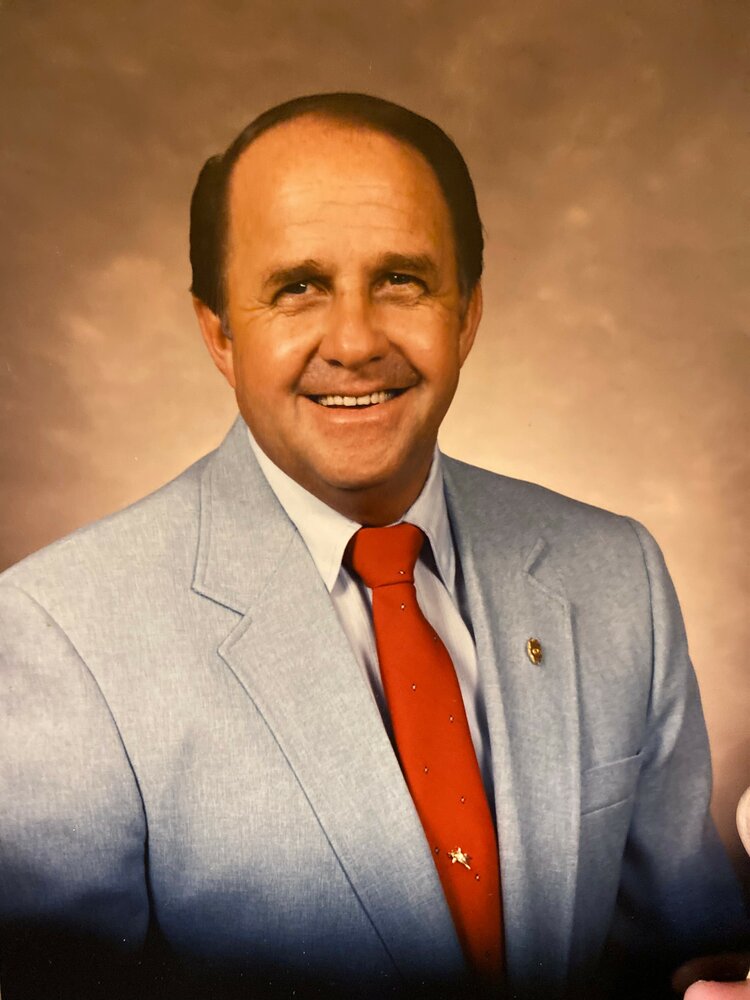 Please share a memory of Robert to include in a keepsake book for family and friends.
View Tribute Book
Robert Winston Deason, Sr., 79 of Blountstown, passed away Thursday, November 25, 2021, at his home. Winston was born February 26, 1942, in Quincy, Florida to the late James and Beatrice Deason. Winston married Sandra Brantley and served as a police officer with the Tallahassee Police Department for many years. After leaving TPD, he moved to Blountstown, where he lived most of his life raising two children, Rob and Angie. Winston served as the chief of police for the city of Blountstown for thirty-four years becoming known as “Chief” Deason to most of us. After retiring from BPD, Winston continued to serve our community as Mayor of Blountstown for several years. Winston was a faithful member of Gateway Baptist Church where he served as a deacon and chairman of the deacon board for many years. He was a member of “The Gateway Messengers” traveling the country singing in churches, at community gatherings, and in prisons. He was instrumental in starting Gateway Baptist Child Care, which is still going strong with 5 full time employees caring for 31 children. Winston loved children and baseball. He coached Dixie Youth Baseball where he was always had a highly competitive and successful team. Winston was also a member of the “Grumpy Old Men” who were dedicated to helping the disabled in our community by building wheel chair ramps for them at their homes. He lived his life serving His Lord and other people. Winston was preceded in death by his wife Sandra Brantley Deason; his brothers, Elwood, DeWitt and Hollis Deason; also, his sisters, Verna Rankin, Myrtice Strickland and Addie Deason. Survivors include his son, Rob Deason and his wife Necy of Blountstown; his daughter, Angie Deason of Blountstown; his brother, Earnest Deason and his wife Joyce of Havana; Gay Richards, sister-in-law Randy Brantley, brother-in-law and Andy Bailey, brother-in-law. His most beloved grandchildren, Alex, Emma and Ella Deason and a special friend Dot Frye. Services to honor Winston’s life will be held at Adams Funeral Home Chapel with Reverend Ryan McDougald officiating. Visitation will be at 2:00 p.m. with Funeral services at 3:00 p.m. Sunday, November 28, 2021. Interment will follow in Nettle Ridge Cemetery.. Adams Funeral Home is in charge of the arrangements. Online condolences may be made at adamsfh.com 850-674-5449
To send flowers to the family or plant a tree in memory of Robert Deason, please visit Tribute Store
Sunday
28
November