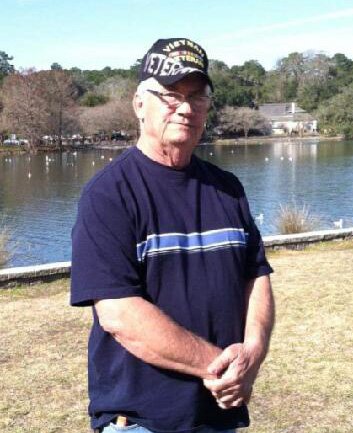 Please share a memory of Amon to include in a keepsake book for family and friends.
View Tribute Book
Amon Edward Hallford, 67 of Blountstown, passed away Tuesday, November 30, 2021, in Tallahassee. Amon was born in Midland City, Alabama, to Jean Hallford and the late Flossie Hallford and served in the United States Army. After being discharged from the Army, Amon worked at convenience stores, was a driver for Coca-Cola and had also worked in personal security for Jimmy Swaggart. In his retirement he enjoyed fishing, watching WWE, spending time with family and friends and especially, painting rocks for kids in the community. Amon was an avid Alabama fan and considered the king of telling jokes. Survivors include his fiancé, Louisa Lyons; his sons, Ryan and his wife Sha of Walker, Louisiana, Jerry and his wife Teresa of Donaldsonville, Georgia, Eric and his wife Kristin of Denham Springs, Louisiana, James and his wife Victoria of Dothan, Alabama, Jason Lorenz and his wife Lisa of Elizabethtown, Kentucky, and Micheal of Dothan; his daughter, Lauren Hallford of Denham Springs, Louisiana; his father and stepmother, Jean and Brenda Hallford; two brothers Walter and his wife Willie Kay of Marianna and Thomas of Midland City, Alabama; his step children, Ethan Trumbull and his wife Karen and Brandon Trumbull and two step grandchildren; sixteen grandchildren, five great grandchildren and a host of nieces, nephews and other extended family. Memorialization will be by cremation. Adams Funeral Home is in charge of the arrangements. Online condolences may be made at adamsfh.com 850-674-5449
To send flowers to the family or plant a tree in memory of Amon Hallford, please visit Tribute Store

Look inside to read what others have shared
Family and friends are coming together online to create a special keepsake. Every memory left on the online obituary will be automatically included in this book.
View Tribute Book
Services for Amon Hallford
There are no events scheduled. You can still show your support by sending flowers directly to the family, or planting a memorial tree in memory of Amon Hallford.
Visit the Tribute Store
Share Your Memory of
Amon
Upload Your Memory View All Memories
Be the first to upload a memory!
Share A Memory
Send Flowers
Plant a Tree