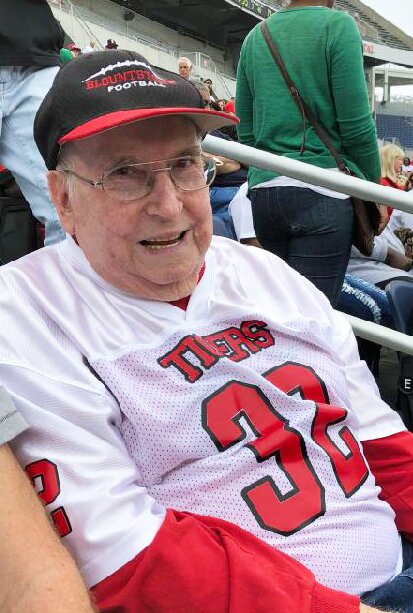 Please share a memory of Robert to include in a keepsake book for family and friends.
View Tribute Book
Robert Lee “R.L.” Alford, 85 of Blountstown, passed away Saturday, January 8, 2022, in Blountstown. R.L. was born in Blountstown, Florida to the late Sam and Bessie Alford and had worked as a fuel distributor for Texaco for many years. R.L. was also a veteran serving in the United States Navy. He was an exceptional husband, father, grandfather, brother, and friend. All who knew him were touched by his kindness and sweet nature. He was a man who would give you everything, even if he had nothing. He was a long-time faithful member of the Church of the Nazarene in Blountstown and had a deep faith in God. Most people know that he cared for his disabled wife for 54 years. His life was very difficult at times, but he always handled life’s challenges with grace and positivity. His life was beautiful. It wasn’t a life of luxury and adventure, so why call it beautiful? It was a life wrought with hardships and heartache. We never heard him complain. He could have, and had, every right to choose depression and bitterness. But the difference was, he chose joy and happiness. He had a unique ability to smile through the adversity. He was beauty in the struggle. Rather than focusing on the hardships of life, he focused on the joy and there was plenty of it. R.L. is preceded in death by his wife, Hilda Clemmons Alford who was the love of his life; his brothers, James and Joe Alford and his sisters, Bonnie Bailey, Thelma Whitfield, Mildred Cayson Peck, Velma Lamee and Vida Sawyer. Survivors include his son, Jonathan Alford of Blountstown; his daughter, Juanice Sanders of Blountstown; his grandchildren, Casey and Bailey Johnson and his sister Betty Watson of Tallahassee. A tribute to R.L.’s life will be held 2:00 p.m. Sunday at the Blountstown High School Gym. There will be a time of visitation one hour prior to the services at Bowles Field. Adams Funeral Home is in charge of the arrangements. Online condolences may be made at adamsfh.com 850-674-5449
To send flowers to the family or plant a tree in memory of Robert Alford, please visit Tribute Store
Sunday
16
January