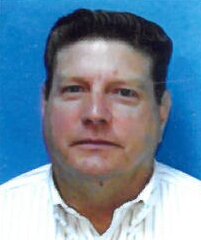 Please share a memory of James to include in a keepsake book for family and friends.
View Tribute Book
James Oliver Yeago, 78 of Bristol, passed away Thursday, February 17, 2022, in Tallahassee. James was born August 31, 1943, in Staunton, Virginia to the late Moody and Geneva Yeago and had worked as a service manager in the auto industry for years and later worked as a warehouse manager for the department of corrections until his retirement. He had lived in Bristol for the past twenty-six years and was a veteran serving in the United States Air Force. He began his military career at Lockland Air Force Base in 1961 then later to Eglin Air Force Base. James was also a Mason and an avid hunter. He was preceded in death by his sisters, Jeanetta Richards and Ellen Edwards. Survivors include his wife of fifty-one years, Jean Yeago; his son, James Clifton Yeago of St. Petersburg, Florida; his daughter, Kimberly Drajem and her husband Greg also of St. Petersburg and four grandchildren and many many friends. No services are planned at this time. Memorialization will be by cremation. He will be laid to rest in the family plot at Thornrose Cemetery in Staunton, Virginia Adams Funeral Home is in charge of the arrangements. Online condolences may be made at adamsfh.com 850-674-5449
To send flowers to the family or plant a tree in memory of James Yeago, please visit Tribute Store

Look inside to read what others have shared
Family and friends are coming together online to create a special keepsake. Every memory left on the online obituary will be automatically included in this book.
View Tribute Book
Services for James Yeago
There are no events scheduled. You can still show your support by sending flowers directly to the family, or planting a memorial tree in memory of James Yeago.
Visit the Tribute Store
Share Your Memory of
James
Upload Your Memory View All Memories
Be the first to upload a memory!
Share A Memory
Send Flowers
Plant a Tree