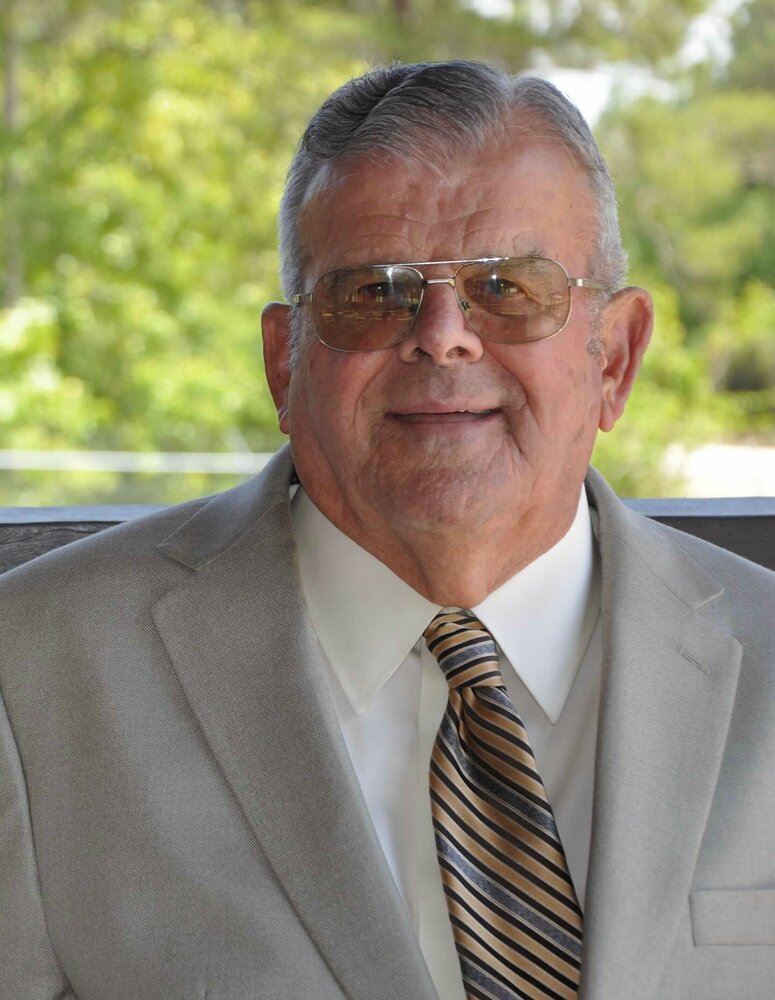 Please share a memory of Abner to include in a keepsake book for family and friends.
View Tribute Book
Abner P. Brown, age 85, passed peacefully from this life on the evening of May 11, 2022, after a gradual decline in health. He was surrounded and supported by his loving family during the last days of his life. Abner was born on December 8, 1936, in Greensboro, FL and resided the rest of his life in Hosford, Florida. Abner was drafted into the U.S. Army alongside his twin brother, Lum Brown, in 1960 and served in Maryland and France before later being discharged in 1962. He returned home to marry the love of his life on April 17, 1963. They conquered life together for over 59 years and raised their only child, a daughter. Abner had a strong love and dedication to his Lord and Savior, his family and of course hunting. He enjoyed running dogs with his brothers and other beloved family members. Abner retired from Department of Corrections as a sergeant at Apalachee Correctional Institution after working from 1962-1991. He believed in hard work and punctuality. In 29 years of hard work and dedication he was never once late for a day of work. He was preceded in death by his parents Monroe and R.M. Brown, sister Geraldine Brown Sykes (D.L.), brothers Gardner (Claire) and Pete Brown (Opal) and sister-in-laws Pauline Brown and Joyce Brown all of Hosford. Abner is survived by his loving wife Edna Peddie Brown; his daughter, Tammy Brown Fowler (Danny); twin granddaughters Christin Branch (Austin) and Courtney Parrish (Lane) and three great-grandchildren: Rhylie and Cohen Branch and Weston Parrish. Abner is also survived by his three brothers Lum (Jannis), Sonny, and Shelfer Brown. Lastly, he is survived by a host of loving nieces and nephews. Mr. Brown was a man of his word and a man of God. A service to honor and to celebrate Abner’s life will be held Monday, May 16, 2022, at Corinth Baptist Church in Hosford with Reverend Kyle Peddie officiating. A time of visitation will begin at 10 a.m. EST and the funeral will follow at 11 a.m. EST. Interment follow at Chason Cemetery in Telogia, Florida.
To send flowers to the family or plant a tree in memory of Abner Brown, please visit Tribute Store
Monday
16
May

Look inside to read what others have shared
Family and friends are coming together online to create a special keepsake. Every memory left on the online obituary will be automatically included in this book.
View Tribute Book
Share Your Memory of
Abner
Upload Your Memory View All Memories
Be the first to upload a memory!
Share A Memory
Send Flowers
Plant a Tree