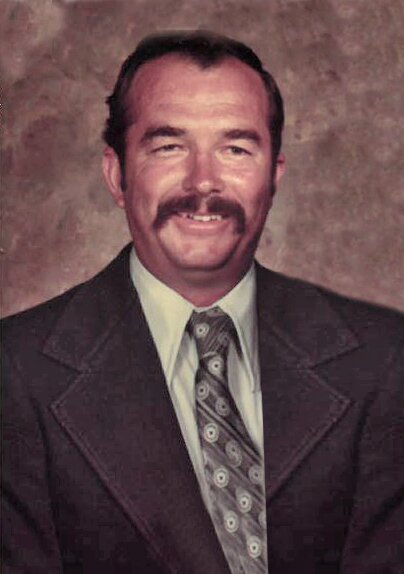 Please share a memory of Calvin to include in a keepsake book for family and friends.
View Tribute Book
Calvin Benjamin (C.B.) Wood, Sr., 87, of Blountstown passed away Saturday, May 14, 2022, in Blountstown. C.B. was born on February 1, 1935, to Charlie and Nettie Sue Wood in Frink, Florida. He was of the Baptist faith and a member of the Abe Springs Baptist Church. C.B. was a member of the National Asbestos Workers Union Local 55 out of Mobile, AL. While in high school he joined the Army National Guard of Florida and in 1952 he became a member of the United States Navy during the Korean War where he received the National Defense Service Medal, Korean Service Medal, and the United Nations Service Medal. He was preceded in death by his wife of 61 years, Marjorie McClellan Wood; father and mother, Charlie and Nettie Sue Wood, son-in-law, Kenneth Melvin, brothers, Frank Wood, Joe Wood Sr., Ronal Wood Sr., infant brother, and sister Betty Sue Doyle. Survivors include his two daughters, Dana Wood Melvin of Blountstown; Bevelyn States and her husband Leslie of Blountstown; his son Calvin Benjamin (Ben) Wood, Jr. of Blountstown; seven grandchildren, Benjamin, Natalie, and Valerie States; Marisa Melvin, Callie Mayo, Jackson, and Dylan Wood; a brother, Donald Wood, and two sisters, Frances Price and Linda Grantham. Funeral services honoring CB’s life will be held 10:00 a.m. Tuesday, May 17, 2022, at Adams Funeral Home Chapel. A time of visitation will begin at 9:00 am. Interment will follow at Pine Memorial Cemetery. Adams Funeral Home is in charge of all arrangements. Online condolences may be made at adamsfh.com 850-674-5449
To send flowers to the family or plant a tree in memory of Calvin Wood, please visit Tribute Store
Tuesday
17
May

Look inside to read what others have shared
Family and friends are coming together online to create a special keepsake. Every memory left on the online obituary will be automatically included in this book.
View Tribute Book
Share Your Memory of
Calvin
Upload Your Memory View All Memories
Be the first to upload a memory!
Share A Memory
Send Flowers
Plant a Tree