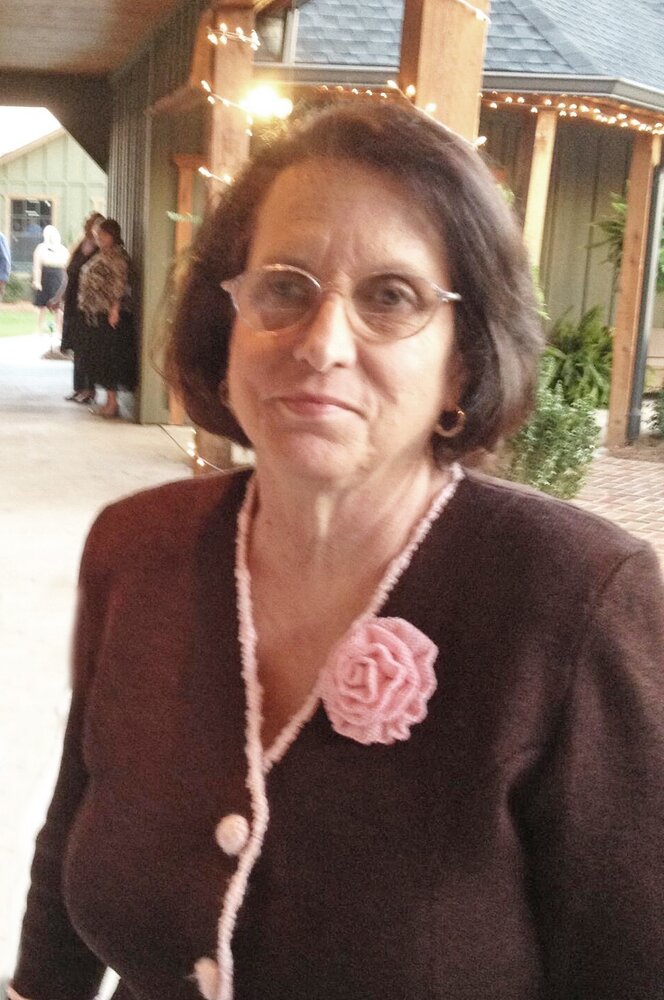 Please share a memory of Marion to include in a keepsake book for family and friends.
View Tribute Book
Mrs. Marion Ruby (Gold) Tyre, age 76, peacefully passed away on Monday, May 23, 2022, in Tallahassee. Marion was born in Miami on November 18, 1945, to the late Loran Thomas “LT” and Grace Sorrels Gold. Marion grew up in the Allapattah neighborhood of Miami and attended Allapattah Baptist Church with her two brothers, while her parents worked for the Seaboard Coastline Railroad. True to form, she was a Miami Dolphins and Miami Hurricanes life-long fan. Marion was a 1963 graduate of Miami Jackson Senior High and worked for Howard Johnson’s corporate chain as a secretary. At the age of 19, she married the love of her life, “Norval” Dean Tyre, on June 5, 1965, whom she met on a blind date. Marion relocated to Orlando during Dean’s time in the Air Force. After his service, she relocated to Blountstown, which Marion described as an initial “culture shock”. Soon after, Marion gave birth to their daughter, Grace Lynnette “Lynn” Tyre. Following Dean’s career within the Florida Department of Corrections, the family had stints in Sumter County, Cross City, and Raiford, FL, where Marion often served their local church by playing the piano. With the opening of River Junction Correctional Institution in Chattahoochee, the family relocated back to Blountstown. Shortly thereafter, Marion gave birth to their son, Loran Dean Tyre. She worked with Mrs. Elma Stewart part time in the lunchroom at Blountstown Elementary. She then worked for many years assisting her mother-in-law, Pearl, at Tyre’s Residential Center in a CNA role and assisted her husband with care of the Tyre family farm, in which they resided on for many years. She enjoyed visiting with her father, LT, and stepmother, Nora in the North Georgia Mountains on the weekends. During this time, Marion was blessed with her grandchild, Jessica Renee’ Metcalf, whom she helped care for and raise. In her later years, Marion worked as the custodian at the First Pentecostal Holiness Church in Blountstown, assisted as caretaker for her mother-in-law, and worked as a nursery aide at the First Baptist Church in Blountstown until she formally retired in 2013. She was a member of the First Pentecostal Holiness Church in Blountstown and played a huge part in their annual Easter “church egg” fundraiser every year, along-side Mrs. Elma Stewart, Mrs. Mae Belle Grantham, and Mrs. Frances Price, whom affectionally called her, her “Wife”. Marion was a loyal, faithful servant of her Lord and Savior and was a lover of all kinds of music, but especially David Phelps of the Gaither Vocal Band whom she had seen in concert and met many times. She also enjoyed playing her piano, while her granddaughter Jessica, would sing. More recently, her favorite song was “Happy” by Pharrell Williams. After her retirement, the passing of her husband, and her dementia diagnosis, Marion enjoyed life by being cared for by her daughter, Lynn, and venturing out of the south and traveling north and west. Her recent bucket list trips to see her granddaughter, Jessica, on her travel nursing assignments include New York City, Phoenix, Sedona, the Grand Canyon, Las Vegas, Los Angeles, Pasadena, Santa Barbara, San Francisco, Sacramento, and Lake Tahoe. Marion loved sharing about all her travels and how much she loved her family with anyone who would listen. She lived through dementia as she lived through life…with grace and good humor. She will be greatly missed by all who knew and loved her. Proceeding her in death other than her parents was her husband of 48 years, Dean, two brothers: Dr. Marvin Loran Gold and Robert Lee Gold, stepmother, Nora Corbin Gold, sister-in-law Erma Coley, and brothers-in-law Aaron Tyre, Roger Pierson, and Dr. Bob Singer. She is survived by her daughter, Lynn of Blountstown, her son, Loran (Janie) of Bristol, and her granddaughter, Jessica of Tallahassee; her step-sister Elaine (Bob) Moore, of Cleveland, GA; sisters-in-law: Susannah “Sue” Gold of Lynchburg, VA, Marilyn Tyre Pierson of Indian Trail, NC, Beverly Tyre Singer of Gainesville, and Delores McDougal of Blountstown; brothers-in-law: Bobby (Linda) Tyre of Las Vegas, NV and Larry (Paula) Tyre of Kewadin, MI, as well as a host of nieces, nephews, cousins, and church/family friends. The family wishes to extend a special thanks to Dr. Eric Forsthoefel, her nurse Beth, and the staff of the Bixler Emergency Center at Tallahassee Memorial Healthcare for making sure Marion had a peaceful transition from this life. The family will receive friends from 5-7pm, Saturday, May 28th at Adams Funeral Home. A celebration of life service will be at 2pm, Sunday, May 29th, at the First Pentecostal Holiness Church in Blountstown with Reverend David Goodman and Reverend Dewayne Tolbert officiating. Interment will follow in Sunny Hill Cemetery in Altha, Florida. Adams Funeral Home is in charge of the arrangements. Online condolences may be made at adamsfh.com 850-674-5449
To send flowers to the family or plant a tree in memory of Marion Tyre, please visit Tribute Store
Saturday
28
May

Look inside to read what others have shared
Family and friends are coming together online to create a special keepsake. Every memory left on the online obituary will be automatically included in this book.
View Tribute Book
Share Your Memory of
Marion
Upload Your Memory View All Memories
Be the first to upload a memory!
Share A Memory
Send Flowers
Plant a Tree