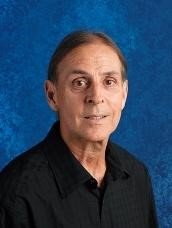 Billy Ray Jones, 68 of Blountstown, went home to be with the lord Thursday, July 25, 2019 in Tallahassee. Billy was born April 7, 1951 in Montgomery, Alabama to the late Winston and Mickey Coats. Billy attended Troy State University where he earned his bachelor’s degree and became a teacher and coach in Calhoun County Schools for over 35 years. He was a passionate science teacher at Hosford School, Blountstown High School and Blountstown Middle School and coached football and girls' basketball for many years. He was a loving father, son, brother, follower of Christ and an avid runner. He loved to work in his yard, read his Bible and was a huge Alabama Fan.

Other than his parents he was preceded in death by his sister, Patricia Johnson.

Survivors include his daughters, Bridgette Jones of Tallahassee and January Jones of Blountstown; a half-sister, Sandra Stafford of Houston, Texas and a grandson, Vincent Jones; beloved nieces, Dr. April Maddux and her husband Dr. Andy Maddux and their children Lance, Tye and Trisha of Birmingham, Shamim Koch and son Jack from Mobile and Trevor Johnson from Montgomery; a brother in law Gary Johnson of Montgomery, Alabama and other extended family.

Services to honor and to celebrate Billy’s life will be held 4:00 p.m. Monday, July 29, 2019 at Rivertown Community Church. The family will receive friends one hour prior to the services. Private interment will follow later in Greenwood Cemetery in Montgomery, Alabama. Adams Funeral Home is in charge of the arrangements. Adamsfh.com 850-674-5449

To send flowers to the family or plant a tree in memory of Billy Jones, please visit Tribute Store
Monday
29
July