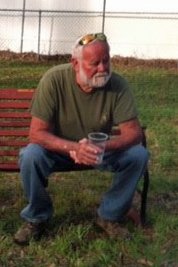 Ronnie L. Coxwell, 78 of Blountstown, passed away Tuesday, November 12, 2019 at his home. Ronnie was born in Blountstown December 6, 1940 to the late E.L. Coxwell and Lova Lee Crozier Coxwell.  He was in the Army Reserves for six years with a honorable discharge. Ronnie worked at the Panama City Herald before moving his family to Fort Walton Beach to work at the Daily News.

Ronnie loved spending time with his sons hunting,fishing,and being with their families. His grandchildren where the light of his life and he would beam with love just talking about them. Ronnie was loved dearly by many friends and had wonderful stories he loved to share.

Other than his parents he was preceded in death by his brothers Royce Gene and Donnie Lee Coxwell.

In Lou of flowers the family would like donations made to a charity that Ronnie felt deeply about and supported for many years, St. Jude

Funeral services to honor and celebrate Ronnie’s life will be held 1:00 p.m. Thursday, November 21, 2019 at Adams Funeral Home in Blountstown. Interment will follow in Pine Memorial Cemetery. The family will receive friends one hour prior to the service on Thursday.

To send flowers to the family or plant a tree in memory of Ronnie Coxwell, please visit Tribute Store
Thursday
21
November