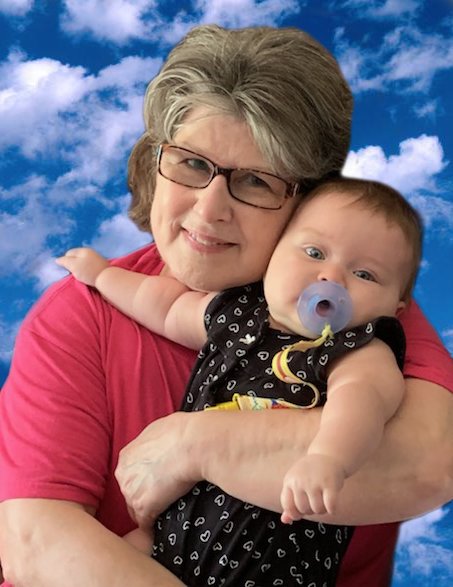 Please share a memory of Sherry to include in a keepsake book for family and friends.
View Tribute Book
Sherry Nyal (Kent) Davis died in Tallahassee, Florida, on October 16, 2020, after a hard-fought battle with COVID-19. She was born on March 17, 1959, and spent most of her life in Liberty County, Florida. After a few stints away, she returned to her hometown almost two decades ago to live closer to her family. Sherry was kind, loving, and, when necessary, feisty. No one left her home without eating a meal—whether you were hungry or not—and with a requisite number of Tupperware containers of leftovers, because if you weren’t hungry then you would surely be hungry later. She took care of anyone and everyone around her. She was preceded in death by her parents, Leroy and Mattie Mae (Tipton) Kent; four brothers, Kenneth, Rodney, Robert “Bobby,” and John Allen "Bo" Kent; and a sister, Barbara Ann Kent. Her survivors include her partner and calming influence, Lamar Sandidge; three sons, Ryan Roddenberry (Aleah), Bryan Roddenberry (Tiffany), and Tylor Davis; a brother, Van Kent; one sister and partner-in-crime, Tami Pullam (Ray); and numerous nieces and nephews and grandnieces and grandnephews. She also relished her role as Nan Nan and Granny Sherry to five grandchildren, Shelby Copas, Rylan Roddenberry, Dean Davis, Jaylen Davis, and Drew Roddenberry. Sherry will be sorely missed by all. The family will hold a private ceremony. In lieu of flowers, contributions may be made to the Breast Cancer Research Foundation (https://www.bcrf.org). Adams Funeral Home is handling arrangements. Adams Funeral Home is handling arrangements. Online condolences may be made at adamsfh.com
To send flowers to the family or plant a tree in memory of Sherry Davis, please visit Tribute Store

Look inside to read what others have shared
Family and friends are coming together online to create a special keepsake. Every memory left on the online obituary will be automatically included in this book.
View Tribute Book
Services for Sherry Davis
There are no events scheduled. You can still show your support by sending flowers directly to the family, or planting a memorial tree in memory of Sherry Davis.
Visit the Tribute Store
Share Your Memory of
Sherry
Upload Your Memory View All Memories
Be the first to upload a memory!
Share A Memory
Send Flowers
Plant a Tree