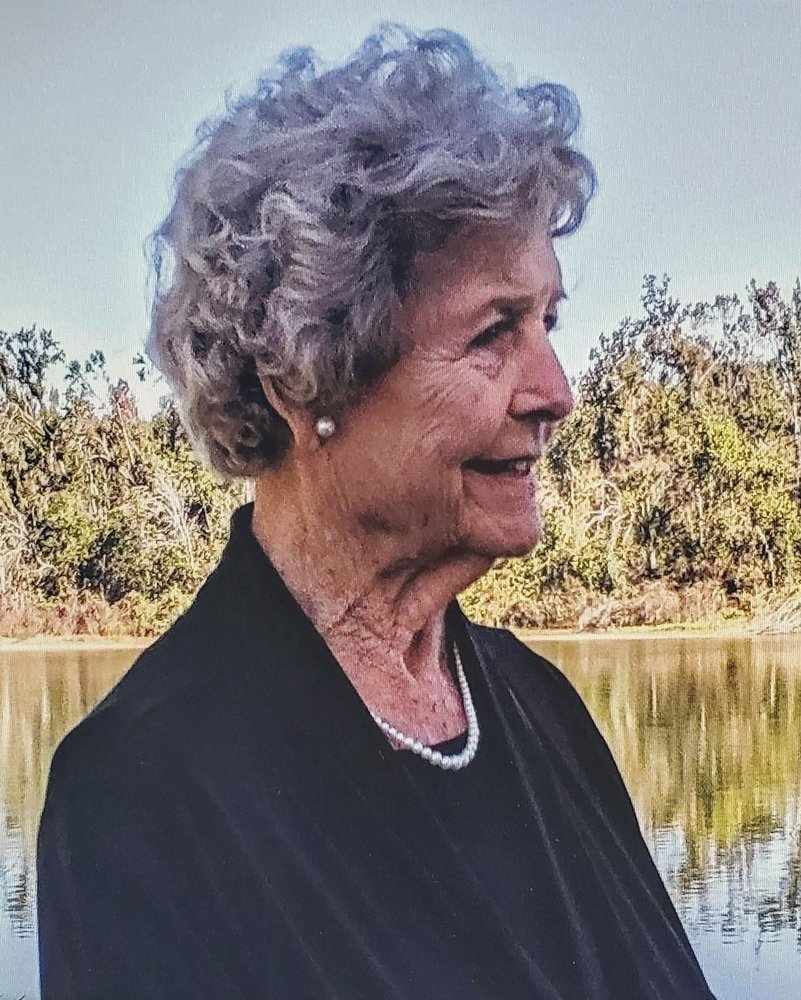 Please share a memory of Frances to include in a keepsake book for family and friends.
View Tribute Book
Frances Burger Snyder, age 86, passed away Friday, February 26, 2021, in Tallahassee, Florida. Fran was born in Laurel, Mississippi to the late Lunette Hodge Burger and William Oliver Burger on May 12, 1934. Survivors include her daughters, Wanda Goodreau and Joann Snyder, her sons, William Scott Snyder, Robert Bowman Snyder and his wife, Sharlot, James Matthew Snyder and his wife, Laurie, Timothy Cecil Snyder and his wife, Lisa and James Pascal Smith and his partner Barry Crow; her brother, Marshal Dale Burger; 16 grandchildren and 23 great grandchildren. Fran would often introduce others as her adopted family, Martha and Don Stephens, Bill Gaskin, Howard Johnson, Jr. and Vicki Montford. Dr. Laura Davis, Scotty Stephens and her caregivers were special friends to her. She was preceded in death by her husband, Dr. Grayson C. Snyder; a son, Grayson Cypher Snyder, Jr.; a grandson, Robert James Snyder; her brothers, William Talmage Burger, James Harrison Burger, Roger Lee Burger and her sister, Orville (Kay) Lunette Mihlethaller. As a young lady, Fran served her country in the U.S. Air Force as an Airman 2/C. She was assigned to President Dwight D. Eisenhower’s Summer White House at Lowry Air Force Base in Denver, Colorado, where she worked with the Press Secretary, Jim Hagerty and the White House Press Corps. Fran was awarded the National Defense Service Medal in 1955. After her military career she attended the University of Southern Mississippi majoring in business and marketing. She moved to Calhoun County in 1965 and began work as a social worker with Florida Department of Children and Family Services. In the late 70’s she decided to pursue her dream and obtained her private pilot’s license. She was a member of the Blountstown United Methodist Women’s Organization, and Ladies Stock Group. She loved to paint with acrylics and oils, gardening, fishing, farming, growing timber and raising cattle with her husband, Grayson. Fran was very social, opening her home for Rotary events, weddings, parties and church activities. She was known for her love of people and support of her community. In her later years she was still active with “ongoing projects” opening up the first Airbnb in Calhoun County called “The Farm House” at the Snyder farm. The family will always recall her love to travel. She would tell the stories of her many trips with Grayson often and encouraged her family to see the world. Her favorite place was San Carlos de Bariloche, Argentina, which is surrounded by the Andes Mountains. Graveside services will be held Sunday, February 28, 2021, at 3:00 CST at Pine Memorial with Reverend Tyler Cox officiating. In lieu of flowers, contributions can be made to St. Jude’s Children’s Hospital. Online condolences may be made at adamsfh.com 850-674-5449.
To send flowers to the family or plant a tree in memory of Frances Snyder, please visit Tribute Store
Sunday
28
February

Look inside to read what others have shared
Family and friends are coming together online to create a special keepsake. Every memory left on the online obituary will be automatically included in this book.
View Tribute Book
Share Your Memory of
Frances
Upload Your Memory View All Memories
Be the first to upload a memory!
Share A Memory
Send Flowers
Plant a Tree